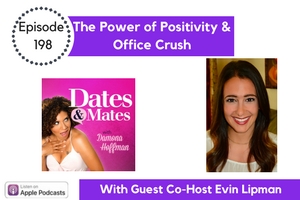 Our guest co-host this week was Evin Rose Lipman. Stuck in a corporate sales job in her 20s, Evin realized that she was trapped in a routine and needed to get her groove and inner light back. With the help of friends and loved ones, Evin moved to California and became a life coach, hoping to bring others joy and help them establish and nurture meaningful and authentic personal relationships. Now a personal coach, the host of gatherings for women in LA, and a leader of a passionate online community, we talked to Evin about the power of positivity in your dating life.

OKCupid recently announced an initiative to get their users to identify themselves with something other than a screen name. It did not go over well. While OKCupid thought it would lead to an increased sense of authenticity, users were wary about having identifying information attached to the dating service’s extensive questionnaire. OKCupid is rapidly backpedaling, saying that a “name” only needs to consist of a minimum of two letters, but there is still trouble in the ranks. You can read more via Salon here.

The most popular dating day of the year

The most popular dating day of the year is right around the corner! Right around 9 PM EST on Sunday, January 8th, Match.com predicts seeing a 104% increase in users for 48 hours. If you’re thinking of getting back into the game in 2018, you’ve got a few days to get yourself together! You can read more via the Chicago Tribune here.

The first celebrity engagement of 2018

Paris Hilton got hitched on New Year’s Day, kicking off what’s sure to be another exciting year for celebrity matchmaking. Boyfriend Chris Zylka proposed while the pair we’re on a skiing trip in Aspen. As Paris would say, “That’s hot!” Best of luck to the new couple. You can read more via Hello! Magazine here.

We pull the best questions posted on The Textpert App and BlackPeopleMeet.com, including:

We got Evin’s lightning-fast love advice in another rapid-fire rendition of Dating Dot Dot Dot, this time with new questions!

It’s been awhile since Damona got in the hot seat, but she had something to get off her chest on this week’s episode. In her crosshairs this time around are those who have a vision, but not a solidified plan. Turn your ideas into a reality and listen to Damona’s Diatribe for a little pep talk.

Get a $50 credit when you begin your wedding registry at Zola.com/dates 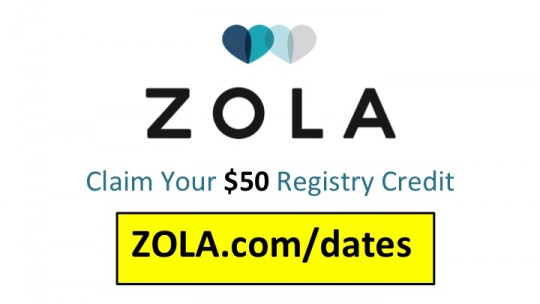