Listen to a Recent Episode!

Dates & Mates with Damona Hoffman is “Modern Love, Made Simple.”  The weekly show features a variety of experts on love and relationships as well as celebrity guests who share juicy details about their love lives and advise listeners about romance.

Get To Know Your Host 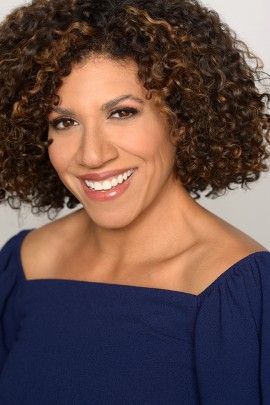 Damona Hoffman is a certified dating coach, radio host, and TV personality. Damona starred in the TV series #BlackLove and A Question of Love on FYI TV (A & E Networks), she hosts the Dates & Mates with Damona Hoffman Radio Show & Podcast, she is the Love Expert for BET.com, and she writes for The Washington Post’s long-running column, Date Lab. Damona was a finalist for iDate’s Best Dating Coach of 2014 and 2016, has been named one of the top dating experts in LA by DatingAdvice.com, and she’s made hundreds of media appearances on NBC, Fox, Animal Planet, SiriusXM, Woman’s Day Magazine, Essence Magazine, People Magazine and more.