Wrong…ish. Communicating safety is SO much harder than you think.

That’s why we are SO excited to bring two LEGENDS who can teach us better communication to Dates & Mates this week, Dr. Harville Hendrix and Dr. Helen LaKelly Hunt. 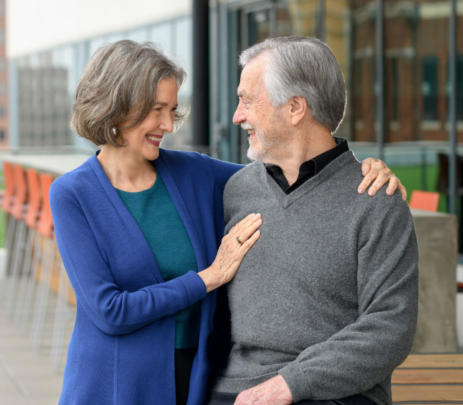 These two are internationally renowned couples therapists and New York Times bestselling authors of the book Getting The Love You Want.

It’s been endorsed by Oprah, Damona has read it COUNTLESS times, and it remains the true relationship bible that so many dating coaches live by.

We’re going to take a look inside the science of communication in relationships – and get ready because we learn A LOT.

But first the news:

(1:44) Hollywood proves again that slow love is the only way to go.

When you’re single and “wildly unsuccessful” at online dating, you might attempt the same risky maneuver that others have attempted: posting your profile on Reddit so that hundreds of strangers can critique it.

Get ready for a deep and thought-provoking conversation with Dr. Harville Hendrix and Dr. Helen LaKelly Hunt, two internationally renowned couples therapists and New York Times bestselling authors. They even have a 40th-anniversary edition out, and it remains the true relationship bible that so many dating coaches live by.

(11:12) Physics of the between: You are thinking of your relationships all wrong. The energy between you and another person matters.

(15:51) One word changes everything: According to Harville and Helen, there is one word that can change the game in the way you communicate.

(17:00) Honoring Boundaries: The art of honoring boundaries actually starts with “setting an appointment.”

(20:54) Hail Storm vs. Turtle: Check in with your partner at the end of the day to make sure each other is taken care of.

Get more of Harville & Helen:

How To Be Confident & Live Reconnected