Is Marriage a Dying Art?

­
Previous Next
Is Marriage a Dying Art?

This week a Pew Research Center analysis of the 2010 census date indicated that marriage rates are at an all time low – about half of all adults 18+ are hitched.  I could have saved them a lot of time and money by telling them I’ve been seeing that trend for years.

My theory boils down to a few factors.  First, in general people are more married to their jobs than we were 50 years ago.  We are conditioned to exist in a two-income household so the pressure is on for both men and women to not only be kind, handsome, and charming but also to bring home a fat check.  This puts a lot of pressure on singles to succeed in a professional capacity often delaying or even eliminating time and desire to date and settle down in their 20s.

Second, women are becoming better educated and more accomplished and are finding a smaller number of men that meet their standards than they did in prior decades.  This causes them to delay marriage in pursuit of the perfect guy who can go toe to toe with them 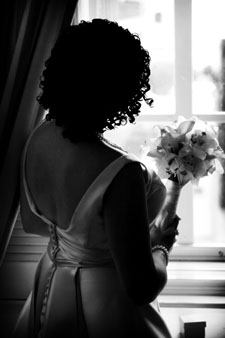 Lastly, with developments in healthcare and lifestyle choices people are living longer and feeling more youthful later into life.  If you are 32 but you still feel the same as you did at 22 and enjoy the same things you did at that age, you’re more likely to date a younger person who is less interested in marriage in the near future.

I felt relatively young when I married but I was still older than the median age of 26 for new brides and I honestly couldn’t have seen myself getting hitched a day sooner.  To me, marriage shouldn’t happen until you know yourself and what you want out of life so you can be confident that you’re marrying someone who wants the same things you do long-term. So whether that is at 30, 40, 50 or never, it’s better to delay it and make a more sound decision than to rush it because that’s what you’re supposed to do and end up in a broken marriage or worse yet, staying in one that doesn’t make you happy.