How Old People Took Over Tinder

­
Previous Next
How Old People Took Over Tinder 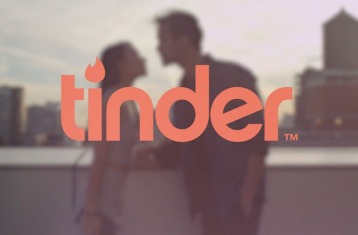 Back when I first started telling my dating coaching clients about Tinder it came with a disclaimer – “It has the reputation for being a hook up app.”

Tinder caught on with Mormons.

At Brigham Young University, a school with an already robust dating scene, in a town where the students will tell you they already know everyone, the app was exploding.

That’s when I knew that something big was coming. Why were Mormons using a “hook up app”?  Well if you asked them, they wouldn’t call it a “hook up app”. They saw it as a safe way to let someone know you were interested without any risk of humiliation.

One student said in a BYU article “The fact that both of you said you liked each other creates a certain expectation, a certain confidence,”

So, if it worked for the Mormons, who else could it work for?

Not just Millennials. Not just early technology adopters. Who would be next?

In July 2013 I wrote in the Huffington Post about how Nana Meriwether, Miss USA, had turned to the app to find love. By swiping right, she could pre-approve anyone she wanted to send her a message.  She and other celebrities legitimized the app which lead to the third wave of Tinder users…

It happened to Facebook, so it was only a matter of time that Tinder would follow suit.  For those who weren’t single during the dawn of internet dating or who had a hang-up about the risk of meeting a stranger on the world wide web, Tinder provided a simple, no-commitment, low-risk way to try out online dating.

However, one wedding was so shocking that the New York Times saw it as newsworthy.

A woman at the ripe “old” age of 46, ancient by dating app standards, actually met her match on Tinder.  Her match, a divorced man of 49 was determined not to meet someone serious and had resigned himself to a life of 30-minute coffee dates at the train station before he began his daily journey home to Connecticut.

Yet, something about this lady caught his eye and he threw caution to the wind and took her out to a Tinder dinner.  Within a month they were exclusive and now, just a year and a half later, they are married.

The bottom line is that we must admit dating apps are not a young person’s game. They’re a single person’s game.  For those over-40 daters who have come to me saying they are never going to find someone, that all the good men are taken, and that they would never stoop to the level of trying a dating app, I simply say, “Just swipe right and see.” If it worked for Mormons, if it worked for celebrities, if it worked for these jaded, New York divorcees, surely it can work for you too.