How a Relationship Can Affect Your Biochemistry & Brain

­
Previous Next
How a Relationship Can Affect Your Biochemistry & Brain 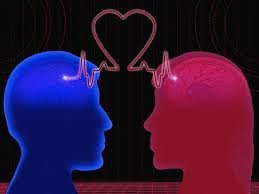 Your brain on love

We were built to radiate on the outside when the inside is successfully stimulated. With all the synapses firing and chemicals released throughout the day, studies show happiness is not so much an emotion as it is an electrifying response from surrounding variables. Like owning a pet or a steady regimen of daily exercise, we’re learning that a meaningful relationship is both beneficial to a healthy body and harmonious mind.

Chemical release—Endorphins aren’t only released during a cardio workout. Known as “nature’s painkillers”, endorphins play an important role in long-lasting relationships. They are released through physical contact—not just sex— with a loved one. From a hug to holding hands, endorphins produce a serene and secure general sense of well-being.

Stave off depression— Bonding and sharing your feelings with a loved one boosts communication and understanding. Since being part of a couple immediately makes you a social being—homebodies or not, when you engage in social activity you’re influencing an array of healthful benefits from triggering the immune system to proper gut function—and even more beneficial is fighting off depression. A recent study from the U.S. National Survey of Family and Households found that “both marriage and cohabitation led to short-term increases in levels of happiness and fewer depressive symptoms, compared to being single.”

Live longer—It’s been said before that married people live longer and according to a CDC Study in 2004—it’s true! People who had never been married were 58% more likely to die earlier than married people, meaning the mortality rate is the lowest in married couples.

Stress and the heart—High blood pressure can lead to a heart attack, which makes stress just as deadly. Luckily being in a committed relationship significantly lowers cortisol production. Cortisol is a stress hormone that has been found to be in greater production among singles of both sexes than their married counterparts.

Fighting obesity—This ultimate “love diet” is based on the beneficial behaviors of a partner. If one person in a relationship maintains healthy practices—such as eating well and exercise—their actions will rub off on the second party ultimately keeping weights down and spirits up!

Beat cancer – University of Iowa researchers found that ovarian cancer patients with a strong sense of connection to others and satisfying relationships had more white blood cell activity at the site of the tumor than those who didn’t have those social ties. (These desirable “killer cells” zap cancerous cells as part of the body’s immune system.)

Get started on finding the right relationship this summer HERE