Dating While Pro-Black and Multiracial

Previous Next
Dating While Pro-Black and Multiracial 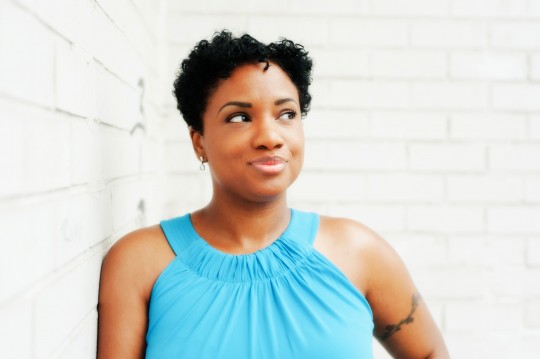 After earning the reputation of a celebrated racial justice activist, Grey’s Anatomy actor Jesse Williams is facing backlash from the black community.

A Page Six article claims he abandoned his black wife for his white co-star, Minka Kelly. Williams addressed the infidelity rumors in JAY-Z’s footnotes video for the track 4:44, denying the demise of his 5-year marriage was due to another woman.

Though he identifies as black, his father is African-American and his mother is Swedish. Many feel his recent dating choice contradicts his advocacy efforts for the #blacklivesmatter movement.

Can you be pro-black and date white men or white women?

This question has been posed throughout history. Frederick Douglas, one of the most prominent anti-slavery activist, was ostracized for his decision to illegally marry a white woman in 1884 after becoming widowed. Citing his mixed-race ancestry, he argued any relationship he entered was interracial.

In 2017, society is still trying to police who multiracial people love.

While Williams remains undeterred, other notable artist-activists have severed romantic ties to protect their public image. In a recently discovered letter from 1995, Tupac apologized to Madonna for hurting her – explaining he was unwilling to disappoint his black fan base by openly dating her.

I asked multiracial singles to weigh-in on the topic.

Christa Forman, 33, feels it is unfair to be pressured to live by certain rules and standards. “Being pro-black is not about who you date, it is about understanding black history and working towards the eradication of racism. For me, that includes finding a way to improve society, which is through unity – not division.” Though adopted by white parents, her biological mother is white and her biological father is Kenyan. After struggling with her identity in the past and hiding her biracial roots due to a fear of rejection, she now openly identifies as both black and white. Forman strives to form platonic and romantic relationships with people who are racially unbiased.

Christine Walters, 42, agreed. “Being pro-black has nothing to with who you date, it is about supporting black people. Ignorance, racism and discrimination may never go away, but the heart loves who the heart loves and our ancestors fought for us to have the rights we have today.” Though she has always identified with black culture, she describes herself as mixed. “When I say I am black, people aren’t satisfied with my answer and keep asking questions. My mother was white and my father was black.”

Frances Hardin, 75, believes who you date should be your own business. “I have dated black, white and Asian men. My boyfriend is Russian.” Hardin, who comes from a racially diverse Creole family and identifies as black, called the criticism of Williams “unwarranted and unfair”. “Fighting for equal rights includes the right to date whoever you want.” She also feels it is important to respect and acknowledge all parts of your heritage.

“Who you love and who you advocate for can be two different things,” explained Celebrity Dating Expert and TV Host Damona Hoffman, whose mother is white and father is black. “Dating a white woman is not a betrayal

[to black women], especially for Jesse Williams whose own mother is white. We still need his voice, and the voices of people of all backgrounds, to be a part of the #blacklivesmatter dialogue.”

Others I spoke to disagreed, proving there is little consensus when it comes to defining what it means to be pro-black and how it should influence dating decisions.

Shemique Lindo, 27, believes being pro-black comes with certain responsibilities. “If you are pro-black, then you have to be active in uplifting the black community. Part of that includes dating within your race and keeping the black family together.” Lindo, who identifies as black, Indian and Jamaican, admits her view is biased but blames it on her observation of how black women are mistreated. “After a black man reaches a certain status quo, he abandons the black woman that helped get him there.”

Dereck Rodriguez, 23, was born to a black mother and Puerto Rican father. “Marriage is a political union and pro-blackness is about building the black community,” said Rodriguez. “Black women are the least protected in America and have the lowest marriage rates. It is up to black men to provide for black women and help black communities thrive.” Still, he admits if racism was not so pervasive he might consider dating interracially because it is difficult finding a compatible companion.

“People tend to have a checklist of criteria for their potential partner to meet. Often cultural similarities are high on that list and you can be overlooked if you don’t fit neatly into a cultural box.”

She warns against compromising who you are in order to find love.

“When you are multiracial, the way you identify could be radically different from how the outside world identifies you. Dating is easiest when your self-image is aligned with outside perceptions.”

As a dating coach of more than 12 years, Hoffman views multiracialism as a positive and encourages people to pay attention to the person, not the package they are in.

In American culture, we focus on the binaries of black and white without considering the experiences of multiracial people. Yet, mixed-race people are the second fastest-growing racial group in the country. While the rumors concerning the actor-activist may seem harmless, condemning who Jesse Williams is dating reveals an existing racial bias that is often overlooked and needs to be addressed.

Shanon Lee is a Survivor Activist & Storyteller with features on HuffPost Live, The Wall Street Journal, TV One and the REELZ Channel’s SCANDAL MADE ME FAMOUS. Her work appears in The Washington Post, The Lily, Cosmopolitan, Good Housekeeping, ELLE, Marie Claire, Woman’s Day and Redbook. Shanon is a Women’s Media Center SheSource Expert and an official member of the Speakers Bureau for the Rape, Abuse and Incest National Network (RAINN). She is the writer, producer and director of Marital Rape Is Real. Learn more about her work at Mylove4Writing.com.