Dear Mrs D is pleased to announce that in addition to our dating tips and stories, we’ll now also be featuring original content from guest bloggers.  This piece was written by online dating and social media enthusiast, Alexander Camp. Hope you enjoy. 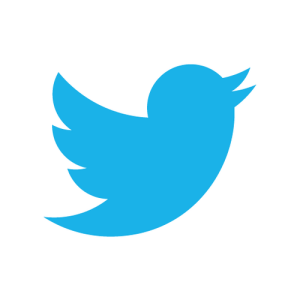 If we were visited by someone from 5 years in the past, they’d recognize most things about the world we live in but they might be a bit shocked by this phenomenon we call Twitter. Hashtags at the beginning of every TV show, political debates in 140 characters or less, and of course a lot of potential for dating. People meet over Twitter all the time, so the new breed of social dating networks has had to dream up some nifty new ways to use micro-blogging to their advantage.

1. Getting In Their Faces – Dating sites don’t have a problem with contacting their active users. After all, they are a social network unto themselves. It’s all those dormant fly-by-nights with an old account gathering dust that they have to reach out to. Constantly posting dating tidbits and fascinating blogs on Twitter could be the bait to reel those sleepers in.

2. Making It Real – There are skeptical people out there who don’t believe in dating sites, either the pictures they publish or the marriage statistics they release. Generally speaking though, these people tend to trust anything that happens on Twitter as the gospel truth. Ergo, posting a video of Randy & Janet from Omaha getting hitched one year after meeting on Badoo will help them whip up some interest.

3. Giving Thanks – In an ideal world, every online dating site’s Twitter feed would be awash with messages of gratitude from real-life users. Most of us want recognition for what we do after all. As a dose of promotion – with some self-gratification on the side – users can swing by, endorse the site, and promote their new happiness to their followers while simultaneously scratching the site’s back.

4. Mystery Meat – It’s not all harmless, above-board Twitter promotion though. As can be expected in a world where the spam of the many tarnishes the reputation of the honest few, some online dating Twitter accounts are used for cheap advertising. Web-wise regulars will be spot these fake profiles immediately, but it still shouldn’t be acceptable practise. Unfollow.

5. Everything Must Go – Despite all the engagement, discussion and interaction for which dating sites can use Twitter, there’s nothing more effective than a freebie. Offering a month’s free subscription or 100 online credits will get the retweets rolling in because, when all is said and done, there aren’t many people who can resist a free lunch. Or even better, a free date!

If you are not yet following Dear Mrs D on Twitter, join us now. Claim your first perk of following us by taking advantage of our FREE 15-minute profile evaluation. Email MrsD at DearMrsD.com to get scheduled.